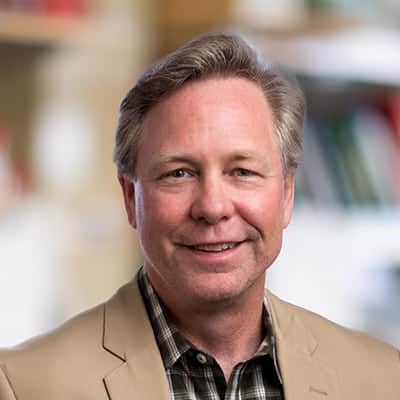 Gerald Shadel is a professor in the Molecular and Cell Biology Laboratory and holds the Audrey Geisel Chair in Biomedical Science at the Salk Institute for Biological Studies (La Jolla, US). He is co-leading the Marmosets as a Model System of Aging and Neurodegeneration project.

Shadel received a BS in chemistry from the University of Nevada, Las Vegas (US), and a PhD from Texas A&M University (US). He was a Damon-Runyon Postdoctoral Fellow at Stanford University. He is the recipient of the 2006Glenn/Afar Breakthroughs in Gerontology Award, the 2007 Amgen Outstanding Investigator Award and the Glenn Foundation’s 2011 Glenn Award for Research in Biological Mechanisms of Aging.

Shadel is studying the basic biology of mitochondria, dynamic “powerhouses” inside cells that generate energy from the food we eat. The Shadel lab identified mitochondrial dysfunction as a key element in the neurodegenerative disease ataxia-telangiectasia and developed the first mouse model of maternally inherited human deafness. He showed a novel role for mitochondrial signaling in regulating aging, and discovered that mitochondrial DNA activates the immune system. Using genetic, biochemical and cellular approaches, Shadel’s team focuses on the surprisingly diverse roles of mitochondria in aging, immunity and diseases, including cancer and neurodegeneration. He has a new way of thinking about the role of molecules called reactive oxygen species, which are toxic by-products of the process by which mitochondria make ATP (chemical energy). These “oxidants” (which are countered by “antioxidants”) are normally thought of as being damaging to cells, but his lab is finding they actually have a second function, which is to act as signaling molecules that can lead to beneficial adaptive responses, including anti-aging effects.

Marmosets as a Model System of Aging and Neurodegeneration 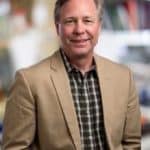