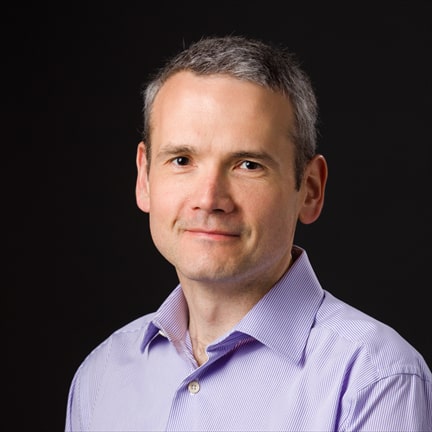 James (Jim) P. Noonan is the Albert E. Kent Professor of Genetics and Professor of Neuroscience at Yale University. He is co-leading the Deciphering the Evolutionary Origins of Human Brain Uniqueness project.

Born in the United States, Noonan received his undergraduate degree in biology and English literature (honors) from Binghamton University in New York. He received a PhD in genetics from Stanford University in 2004, and carried out his postdoctoral research at the Lawrence Berkeley National Laboratory. Noonan joined the Yale Genetics faculty in 2007 and was promoted to associate professor with tenure in 2016. He was appointed Albert E. Kent Professor of Genetics and Professor of Neuroscience in 2022.

Noonan’s research focuses on discovering how changes in gene regulation contribute to human evolution and disease. He is studying a unique class of genomic sequences that he and others discovered over a decade ago: human accelerated regions (HARs). HARs are highly conserved across species but show many human-specific changes, suggesting they encode uniquely human biological functions. Noonan’s lab was the first to discover that HARs encode gene regulatory elements with human-specific activity in the developing embryo. His lab then used comparative epigenetics approaches to identify thousands of regulatory elements, including HARs, that have gained activity during human neocortical development. They are now using humanized mouse models to understand how HARs and other uniquely human regulatory changes alter developmental gene expression and drive the evolution of novel phenotypes. They are also using massively parallel CRISPR screens and cellular models of primate neurodevelopment to further understand the role of HARs in human brain evolution.

Noonan is also studying how disruption of gene regulation in the developing brain contributes to autism pathology. His lab found that the autism-associated chromatin modifier CHD8 regulates other autism-associated genes during human neurodevelopment. This study provided novel insight into common regulatory pathways underlying autism. They are currently mapping the targets of autism-associated chromatin modifiers and transcription factors in the developing brain at high resolution, and integrating these maps with single-cell gene co-expression networks to identify cell types and regulatory networks relevant to autism risk.