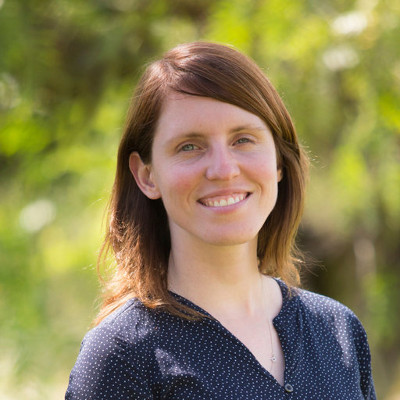 Mandy Bethkenhagen is a NOMIS Fellow at the Institute of Science and Technology Austria (ISTA), working with the research groups of Bingqing Cheng (Computational Materials Science) and Caroline Muller (Atmosphere and Ocean Dynamics).

Bethkenhagen studied physics at the University of Rostock (Germany), where she also obtained her PhD in theoretical physics in 2017. During her time as a PhD student, she spent two extended research stays at the Lawrence Livermore National Laboratory (US), which she joined as a postdoc in 2017. After returning to the University of Rostock in 2018, she then moved on to École Normale Supérieure de Lyon (France) in 2020. She first worked there as a postdoc in the ERC-funded project IMPACT and later as a Marie Skłodowska-Curie Fellow pursuing her own research project, which paved the way for her current research endeavor at ISTA.

Bethkenhagen is interested in improving the understanding of warm and dense materials suspected to be deep inside astrophysical objects by applying atomistic simulations. As a NOMIS Fellow, she is particularly focusing on exoplanets, whose interiors are characterized by solid-state densities, temperatures of thousands of Kelvin, and pressures a million times higher compared with the conditions in our atmosphere.

More than 5,000 exoplanets have been identified in the past 30 years and the field is increasingly moving toward finding appropriate ways to characterize them. About two-thirds of these confirmed planets are classified as super-Earth and mini-Neptune due to their size, which is similar to their solar system cousins. Both prototype planets are very different: Earth, the rocky planet supporting life with an atmosphere and a magnetic field shielding it from solar radiation, and Neptune, the ice giant predominantly made of the planetary ice water, ammonia, and methane, with a peculiar magnetic field structure. To date, it remains unclear if the interiors of similarly sized exoplanets also share a complementary composition, as the interiors are not directly accessible with current observational capabilities. However, atmospheric measurements are becoming increasingly available and first attempts to measure the magnetic field strength of exoplanets have been reported. Therefore, it is timely to investigate potentially water-rich planets, which are at the center of attention in searching for potentially habitable planets.

Additional insights from atomic-scale simulations are therefore key in moving forward. Bethkenhagen’s project aims to shed light on the fate of water-rock mixtures at the high temperature and pressure conditions in the interior of such potential water worlds. The project builds on molecular dynamics simulations on multiple scales to derive additional modeling constraints, which are experimentally challenging to obtain or are even inaccessible. The applied simulation framework combines machine learning potentials, free-energy methods and density functional theory (DFT). Compared with traditional DFT, this approach allows us to consider not only larger systems but also provides melting lines, demixing and kinetic effects, which were previously inaccessible. These simulations will help us to understand where to expect water layers in exoplanets and to constrain their extent. 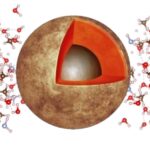