Caroline Maake is professor of anatomy and research group leader at the Institute of Anatomy, University of Zurich (Switzerland). She is co-leading the Mechanisms of the Anti-Cancer Activity Generated by Magnetosomes project.

Maake’s current research interests focus on preclinical transdisciplinary investigations of nanoparticles, light-activatable drugs and hyperthermia for anti-cancer regimes (with an emphasis on immunological interactions) and anti-microbial applications. Furthermore, she is engaged in the development of culturally pertinent public health provision systems in Latin America.

Mechanisms of the Anti-Cancer Activity Generated by Magnetosomes 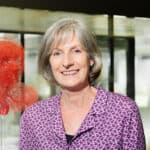