Sean Silver is a NOMIS Fellow at eikones – Center for the Theory and History of Images at the University of Basel (Switzerland) and associate professor of literature at Rutgers, the State University of New Jersey (US).

Silver completed his PhD in 2008 at the University of California, Los Angeles (UCLA; US). At the University of Michigan (US), he studied the history of cognitive models, arguing for the emergence of psychological theories from the extended material ecologies in which philosophers worked: libraries, museums and collections of all sorts. This pattern of modeling, of metaphors for the mind resting on the tools of thought (and vice-versa), finds its legacy in mainstream modern models, in which the mind is repeatedly compared to a computer. This work is summarized in The Mind Is a Collection, an award-winning exhibit catalogue and virtual museum of objects used in these modeling schemes. He is the recipient of the Kenshur Book Prize (ASECS and ICECS, 2016), the British Society of Literature and Science Book Prize (short-list; BSLS 2016) and the James Clifford Award (ASECS 2009).

Silver has written widely on the literature, philosophy, and sciences of 17th and 18th century Britain, focusing especially on philosophies of mind and their legacies in the arts. His current research focuses on the concept of complexity in the 17th and 18th century arts, a project blending computer-aided network modeling with readings of early-modern philosophical and literary texts. In the modern moment, we largely meet complex systems (like financial markets, neurological circuits or disease networks) with computer-aided analysis. But complexity had an important life in early modern Europe, where the basic terms of complex systems had already emerged as part of a robust and vibrant discourse. Modeling Complexity traces this history, offering a revisionary history of the 18th century that speaks uniquely to the modern moment; it means to relocate the first serious, self-aware encounter with complexity in the British and European Enlightenment. Early returns of this project, which has involved the production and processing of hand-curated digital texts of 18th century novels, are available at sites.rutgers.edu/novel-networks. 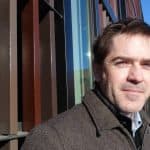 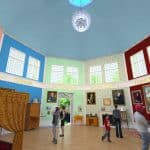 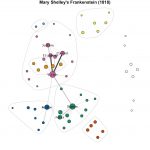