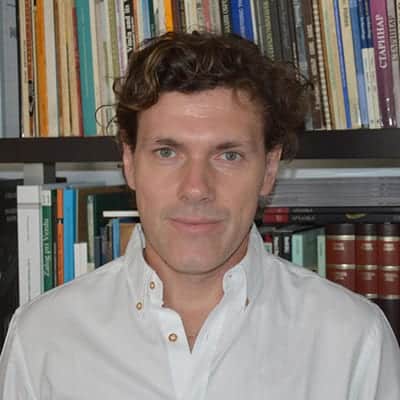 Dušan Borić is associate research scholar at the Italian Academy for Advanced Studies in America, Columbia University (New York, US) and is leading the project On the Move: Prehistoric Mobility and the Spread of Agriculture in Eurasia.

Born in Serbia, Borić received a PhD in archaeology at the University of Cambridge (UK) and completed postdoctoral appointments at Columbia University from 2002–2003, the University of Wisconsin–Madison  from 2003–2004, and the University of Cambridge from 2005–2009. He joined the faculty of the Department of Archaeology and Conservation at Cardiff University (UK) as lecturer in archaeology in 2009 before becoming senior lecturer in 2017. Borić has received numerous prestigious grants and fellowships, including the National Science Foundation High-Risk Research in Archaeology grant in 2004, the British Academy Large Research grant in 2007, Hunt Postdoctoral Fellowship of the Wenner-Gren Foundation for anthropological research in 2010, and a research fellowship at the Italian Academy for Advanced Studies in America at Columbia University for 2017–2018.

Borić’s research focuses on the study of foraging and the first farming societies in southeastern Europe and in the eastern Mediterranean by employing science-based methodologies and archaeological interpretation, primarily in relation to bioarchaeology, archaeothanatology, aDNA, palaeodietary and isotopic studies, and radiocarbon dating in conjunction with Bayesian statistical modeling. One of his major and lasting contributions has been the study of Late Pleistocene and Early Holocene foragers in the Danube Gorges region of the Balkans, where he provided a major revision of the stratigraphy and chronology of the world-famous site of Lepenski Vir. He is currently pursuing research on the evolutionary role of human migration, mobility, and social networks, as well as the influence of climatic variations and geographical constraints to movement on the transmission and spread of human cultures in early prehistory.

On the Move: Prehistoric Mobility and the Spread of Agriculture in Eurasia