Understanding human culture and its evolution is essential to gaining valuable insights that can help address the global challenges facing us today. The key to this lies in studying migration, mobility and the nature of social interactions between groups of humans. Histories of particular regions chronicle population growth, dispersals, bottlenecks (i.e., dramatic reductions in population size) and replacements, all of which affected the continuity and discontinuity of human culture and its transmission. Globalization as a general phenomenon often appears at the forefront of archaeological debates; this is increasingly applied to prehistory, with migration, travel and other forms of movement and interaction coming into focus. This shift is enabling the expansion of research from local to global scales.

We are only just beginning to understand the scale of prehistoric migratory movements. Emerging evidence indicates there were much greater levels of human mobility in prehistory than previously thought. Challenging the accepted model of a slow-paced spread of agriculture in Europe, recent breakthroughs in ancient DNA (aDNA) research have revealed and continue to unravel hitherto unprecedented rates of human mobility, population mixing and replacement throughout human history, with aDNA and strontium isotopes being used to effectively track human mobility from skeletal remains. Various migratory movements had a profound impact on the spread of human culture globally, including languages, and have made a significant contribution to both the population and the cultural background of present-day Eurasia.

The project On the Move: Prehistoric Mobility and the Spread of Agriculture in Eurasia takes a broad evolutionary perspective, employing cutting-edge scientific methodologies to address one of the most fundamental demographic and cultural changes in human evolutionary history: the transition from foraging to farming. Focusing on southeastern Europe and the eastern Mediterranean, regions essential to understanding the initial stages of agricultural transition, the project brings together novel scientific methodologies used for the first time in the study of ancient mobility. Combining the study of aDNA evidence with that of high-resolution strontium isotopes in the teeth of ancient people will, when matched with strontium signals in underlying geologies, preserve information on humans’ lifelong mobility. These insights will be further integrated with evidence of land-use strategies by modeling geographical constraints to movement, as well as by studying environmental proxies indicative of climatic oscillations that are preserved in cave speleothems (i.e., stalactite and stalagmite). The studies will create an informed archaeological view from the remote past that could provide a unique and invaluable perspective on addressing global challenges.

On the Move is being led by Dušan Borić at the Italian Academy for Advanced Studies in America at Columbia University in New York, NY, United States. 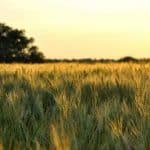