Amyotrophic lateral sclerosis (ALS) is the most common motor neuron disease in human adults, with an estimated five in 100,000 people worldwide affected at any moment. This devastating disease is characterized by progressive degeneration of the cells that enable voluntary muscle movement — the motor neurons — which evokes motor defects and ultimately leads to paralysis.

Although most ALS cases appear sporadic, the rare cases with clear family history allow researchers to hunt for genes that cause disease if individuals carry a defective version. One such gene is fused in sarcoma (FUS); it encodes the information to produce FUS protein. Mutations in the FUS gene only account for only about 3 percent of familial ALS cases but also some sporadic cases; however, they are often associated with a very aggressive course of the disease and early onset of symptoms. “Mutant” FUS proteins — in contrast to “normal” FUS proteins — enter the cell nucleus less efficiently and tend to form insoluble aggregates in the cytoplasm that are found in the brains and spinal cords of FUS-linked ALS patients. How exactly this leads to ALS is currently unknown. The Elucidation of Selective Motor Neuron Death in ALS project aims to identify the molecular processes responsible for the development of ALS, processes that could be therapeutically targeted to treat this devastating disease. 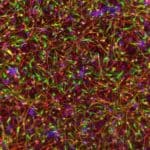 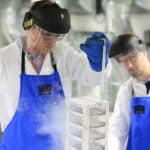 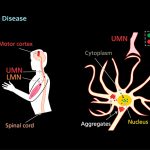 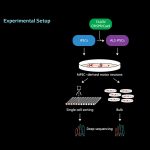