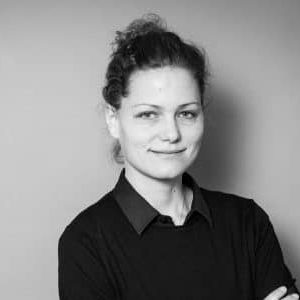 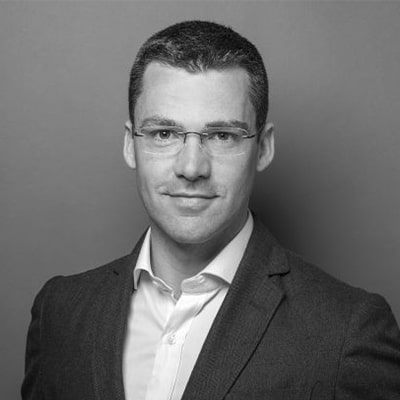 Markus Reinhard has served as managing director of the NOMIS Foundation since 2015.

Born in Vienna, Austria, Reinhard earned an MS in psychology in 1991 and an advanced MS in public relations in 1992 from the University of Vienna (Austria). Prior to his NOMIS appointment, he spent 25 years as an executive in international business. He worked in the healthcare industry for 15 years and has served as senior vice president and head of global human resources for Baxter BioScience (Baxalta). Reinhard lived and worked in Chicago (US) and Vienna before moving to Zurich, Switzerland.

Cosima Crawford, neé Blasy, has been managing program development and evaluation at NOMIS since 2016.

Born in Germany, Crawford earned a PhD in political science from the University of Bremen (Germany). Prior to her NOMIS appointment, she had worked in the field of science funding for more than eight years. Most of this time she spent in Vienna, employed as a researcher and science policy consultant to the Austrian government and the European Commission. From 2014-2015, she worked in Geneva, Switzerland, where she advised the Global Vaccine Alliance (GAVI) on their preparations of a major donor conference under the auspices of the German G7 presidency. In her current role, she is supporting the development of a new approach to funding breakthrough science.

Rubén García-Santos has served as the head of scientific affairs and innovation networks at NOMIS since 2017.

García earned an MS in international health care management, economics and policy from SDA Bocconi University (Italy) and has further post-graduate education in strategy, innovation and sustainability from Harvard Business School (US) and Cambridge University (UK). Prior to joining NOMIS, he spent more than 14 years in the life sciences, healthcare and international development sectors. He has held global positions in the areas of market access, business development and strategic alliance management in leading medtech and biopharmaceutical organizations, as well as at the United Nations. In his current role, García is spearheading NOMIS strategy, partnerships and innovation networks as well as strategic communications.

“NOMIS represents for me a rare opportunity to be actively involved in scientific progress by supporting ground-breaking research across all disciplines – research whose goals are to make a real difference in people’s lives.”