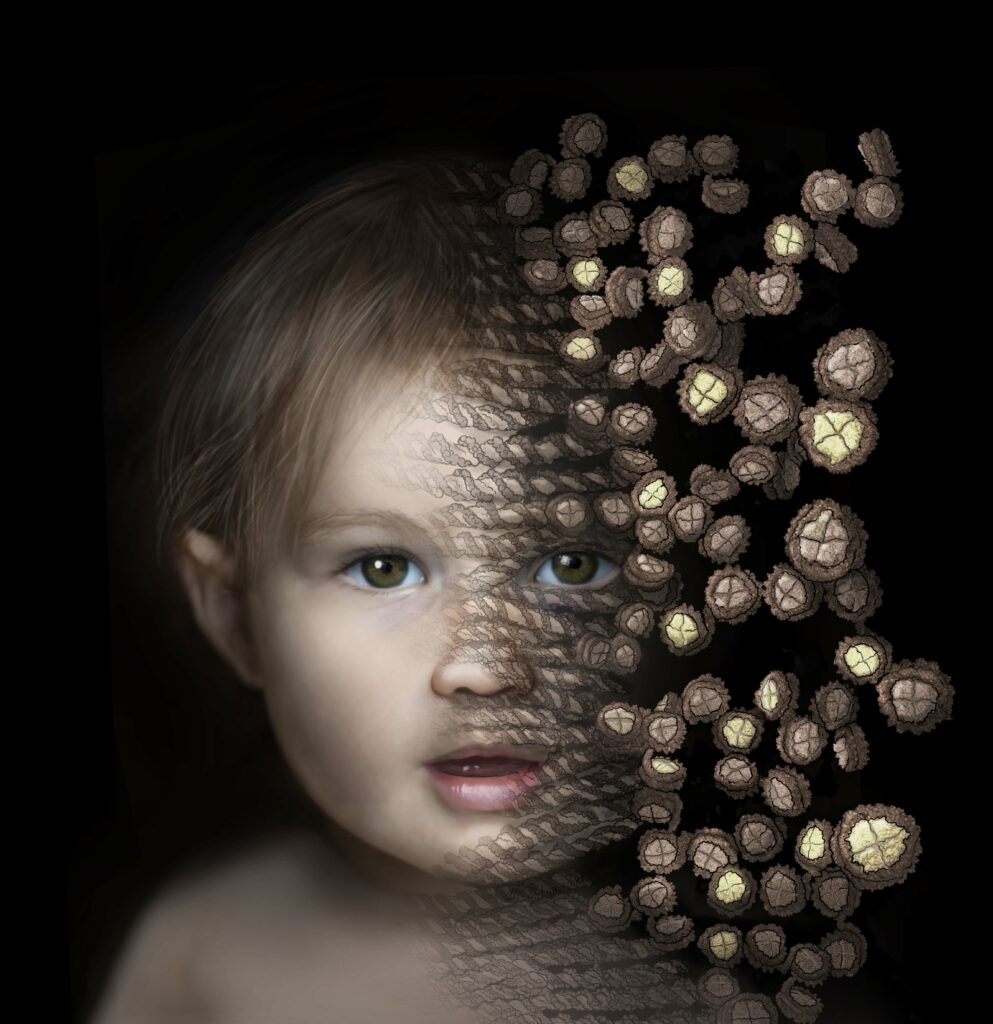 The face is at the center of our identity, both as humans and as individuals. The human face exhibits a high degree of morphological variation, much of which is genetically encoded, as manifested by the high similarity of facial features in monozygotic twins and by familiar resemblances. Given the central role of the face in physical identity, communication and perception of beauty, craniofacial disorders—which account for a third of all human malformations—have not only huge medical implications but also devastating social consequences. And yet, we know little about molecular mechanisms that make our facial features unique, and when perturbed, lead to craniofacial disorders.

Researchers at Stanford University recently discovered that DNA sequence mutations associated with individual variation in facial morphology are located in regulatory switches, called enhancers, that control gene transcription in cranial neural crest cells (CNCCs), the main progenitor cell type for the developing human face. These mutations in enhancers are commonly present in human populations and lead to only subtle changes in dosage of the regulated genes. In contrast, in craniofacial diseases, it is the genes themselves that are mutated, often in a way that affects only one of the two gene copies present in each cell. As a result, the gene dosage is reduced by half, which is nonetheless sufficient to cause disease. The researchers found that the genes mutated in craniofacial disorders and affected by enhancer mutations in normal-range facial variation are enriched for a specific type of molecular function: They encode transcription factors. These observations suggest that small changes in transcription factor dosage are a prevalent mechanism by which facial variation arises in health and disease.

The project Molecular and Cellular Basis for Building Individuality and Diversity of the Human Facial Form aims to understand how such small changes in transcription factor propagate through the regulatory networks and translate into differences in cellular behaviors and, ultimately, morphological diversity. The project investigators will develop tools to precisely regulate transcription factor dosage in two complementary systems: An in vitro human stem cell model that recapitulates CNCC formation and differentiation in the dish, and in vivo mouse models allowing for stage-specific transcription factor perturbation during mouse embryogenesis. Using these two systems, the researchers will employ diverse measurements and computational approaches to understand how transcription factor dosage affects enhancer activity, gene transcription, cellular behaviors of facial progenitors and facial shape. This integrated approach will provide a comprehensive view of mechanisms driving phenotypic variation of the face in health and disease at the molecular, cellular and morphological levels.

The Individuality and Diversity of the Human Facial Form project is being led by Joanna Wysocka at Stanford University, US.