In 2019 the world will commemorate the 500th anniversary of the death of Leonardo da Vinci, celebrating one of the greatest minds of humanity: an artist, engineer, and scientist—the Renaissance man par excellence. With conferences, symposia, and celebrations being planned all over the world, the NOMIS Foundation is supporting the development of a virtual library of da Vinci’s private collection of books, which will be part of an exhibition organized by the Max Planck Institute for the History of Science (MPIWG) and the Berlin State Library (Staatsbibliothek zu Berlin, or Stabi).

Under the theme “Leonardo’s Intellectual Cosmos,” the exhibition and its accompanying activities will offer a stunning illustration of the value of connectivity, of the importance of the interrelationships of seemingly disparate pursuits in the practical world, in art, philosophy and science. This perspective will allow visitors to see Leonardo not merely as either an engineer or artist, but as a man of letters, an intellectual striving to see the connections between microcosms and macrocosms in all aspects of nature as well as of human existence.

At the end of the 15th century, the fundamental instrument with which a scholar could acquire knowledge was the private library. The book culture of the period has been an important subject of recent scholarly research. A look back at the beginning of the Gutenberg era is all the more timely as we currently strive to organize our own intellectual cosmos, at what some might see as the end of the current era.

Based on the discovery of an inventory of books compiled by Leonardo himself and on the groundbreaking work of the Italian scholar Carlo Vecce (La biblioteca perduta. I libri di Leonardo, Rome 2017), the exhibition aims to present the kind of literary and scientific culture that provided the background for the work of this uomo universale of the early modern period. As the history of science and technology has shown in recent years, artist-engineers-scientists, from da Vinci to Galileo, were the backbone of the scientific evolution, the door for the emergence of modern society. The emphasis chiefly on technological ideas and realizations, however, has furnished a distorted image of da Vinci, depriving him of any intellectual context. Yet a systematic and careful study of da Vinci’s manuscripts reveals a scholar, artist and scientist who had a very intimate relationship with books, with the culture of his time, and with great authors, both his contemporaries and those who preceded him.

The exhibit, which opens in June 2020 at the Stabi in Berlin, Germany, will present visitors with a collection of some of the most precious books and illustrations of the time, allowing them to enter da Vinci’s intellectual world via an innovative virtual exhibition, an “exhibition without walls,” that will also serve as a tool for future scholarly investigations.

Leonardo’s Intellectual Cosmos is being developed in close collaboration with the Museo Galileo in Florence. Together with the Museo Galileo, the MPIWG has founded a Europe-wide network of institutions focusing on Renaissance studies, ranging from the University of Calabria to the Warburg Institute of London.

Max Planck Institute for the History of Science 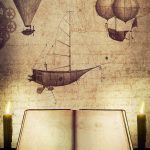 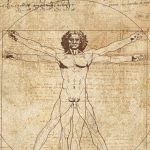