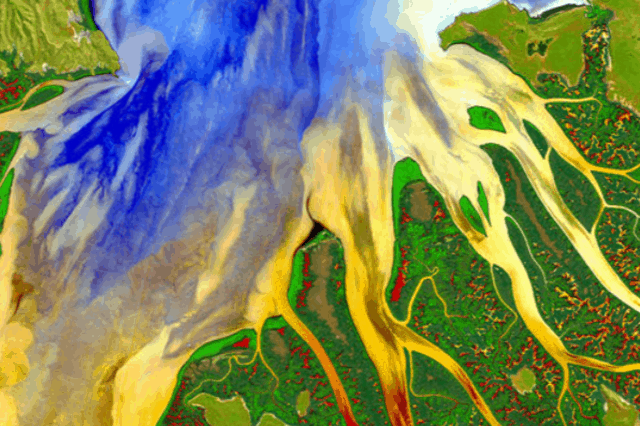 Perrine Huber of swissnex San Francisco explains how a collaboration between NASA in California and the University of Zurich will help scientists better understand how the Earth and its climate are changing.

As technical and scientific advancements take us deeper into the universe, researchers from the University of Zurich and NASA Jet Propulsion Laboratory, are using the latest innovations to look back to Earth to find answers to the biggest challenges facing us today.

People like Michael Schaepman dedicate their lives to understanding more about our changing planet in the age of a global climate crisis with extreme droughts, rising sea levels, and coral reef destruction threatening our future on Earth. He’s a professor of Remote Sensing at the Institute of Geography at the University of Zurich and Head of Research in Global Change and Biodiversity.

For two days, I accompanied Schaepman and a visiting group from Switzerland at NASA’s Jet Propulsion Laboratory (JPL) in Pasadena, California. The visit was meant to kick off a new collaboration to further develop and map Earth’s biodiversity from above by building a new imaging spectrometer sensor head. It’s part of the ARES project (the Airborne Research Facility for the Earth System), an integrated research infrastructure to measure terrestrial processes on Earth at a regional scale.

The project represents a step towards “new scientific frontiers in mapping and explaining key processes” on Earth, says Schaepman. For the last decade, he has collaborated with NASA’s JPL and is the Principal Investigator (PI) of ARES and the scientific PI of the APEX airborne imaging spectrometer.

This collaboration will allow scientists to use airborne instrumentation to map three components of the Earth System:

●  The lithosphere – the outer layer of the Earth, including the crust and uppermost mantle, and