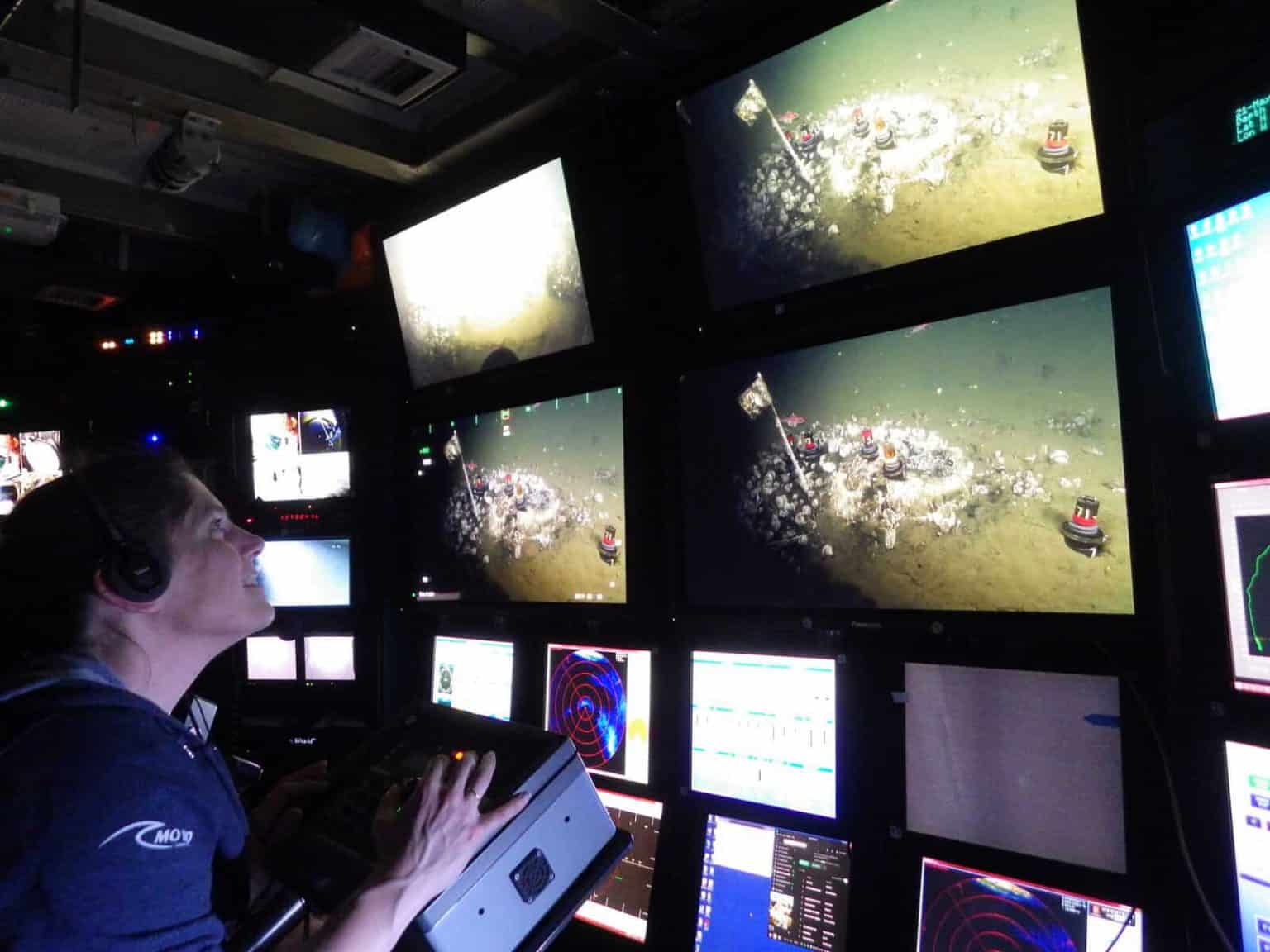 The team demonstrated the multidisciplinary use of submarine robotics while investigating an area of unique geologic activity where submarine volcanism in heavily sedimented basins results in high-temperature venting with unusual chemistry and geology. The nested-scale mapping approach allowed the team to efficiently progress from large-scale exploratory seafloor coverage to precision targeted sampling on and around the vents. The detailed maps also allow for quantification of various microbial and animal communities in precise relation to geologic features and areas of focused and diffuse hydrothermal fluid flow. “By using submarine robotics for seafloor mapping in combination with remotely operated vehicles, the science team has been able to interactively explore and sample animals, microbes, rocks, and sediment,” said David Caress, one of the principal investigators.

Orphan is the James Irvine Professor of Environmental Science and Geobiology at the California Institute of Technology (Caltech), Pasadena, United States and recipient of the 2018 NOMIS Distinguished Scientist Award. She is investigating the impact of marine viruses on the transformation of carbon, nitrogen and sulfur in ocean surface waters and sediments, with the ultimate goal of incorporating the data from this unique stable isotope approach into trophic models for ocean ecosystems.