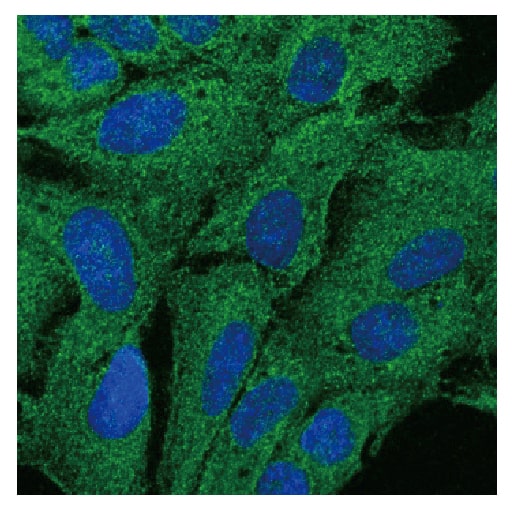 NOMIS scientist Martin Hetzer and other Salk Institute researchers have devised a way to manipulate numbers of individual nuclear pores — a breakthrough that may one day stop cancerous cells from proliferating out of control. The finding was published in an article in the journal Genes & Development.

Nuclear pores are essential elements of all cells that provide controlled ways to move cellular material in and out of a nucleus. In organisms ranging from fungi to mammals, individual cells possess these transport channels that mediate a thousand events per second. Individual nuclear pores are fashioned from multiple copies of 30 proteins known as nucleoporins. Hetzer and colleagues looked at the nucleoporin Tpr, which has been implicated in certain cancers.

Hetzer is Salk’s vice president and chief science officer, as well as a NOMIS board member. The Salk Institute has been a NOMIS partner since 2008.