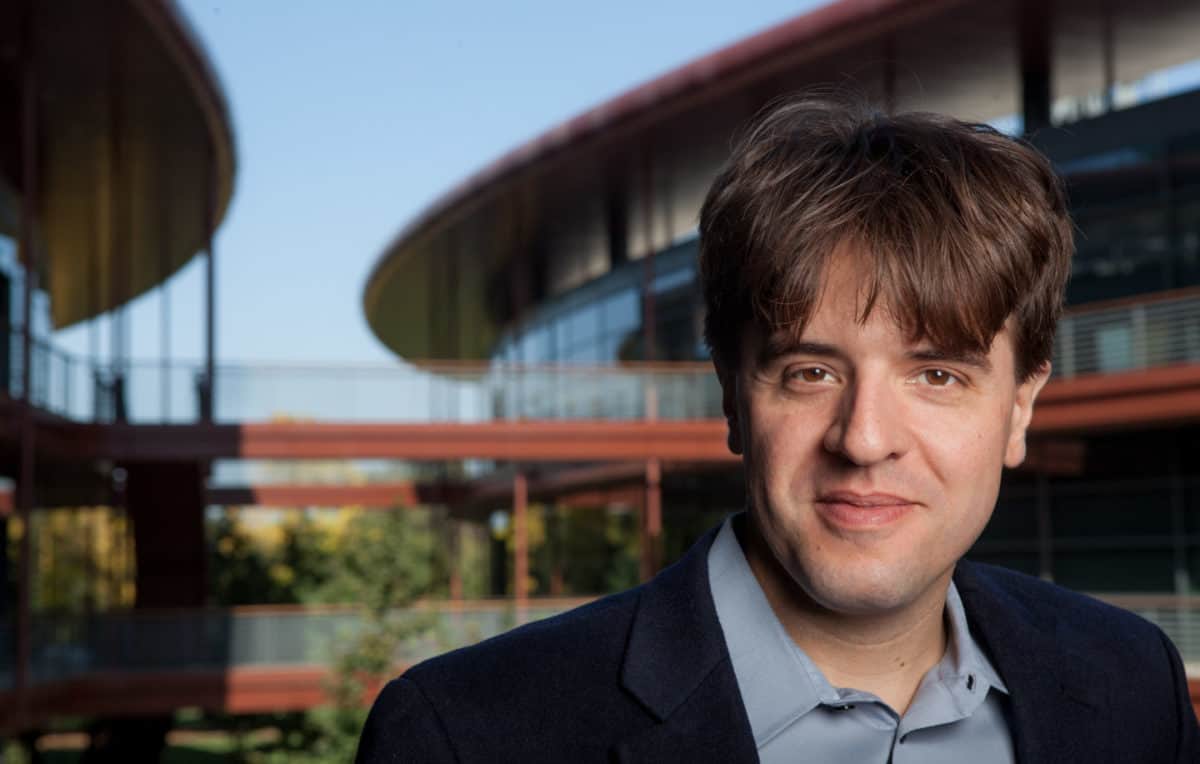 Karl Deisseroth, recipient of the NOMIS Distinguished Scientist and Scholar Award and D.H. Chen Professor of Bioengineering and of Psychiatry and Behavioral Sciences at Stanford University, California, is known for launching an approach to biology called optogenetics, a technique that makes it possible to directly control, with single-cell resolution, the real-time activity of specific cells deep within living animals that are carrying out complex behaviors. His research has led to the discovery of the specific cellular activity mechanisms that control anxiety, social behavior, aggression, memory and many other complex cognitions and behaviors.

We spoke with Deisseroth at his off-site CNC lab in Stanford, California, about what it is that excites him about the brain, about researchers who have inspired him, and about how to break out of major paradigms and enable new approaches in science.

NOMIS: What sparked your interest in the human brain?

KD: I always wondered how an object could give rise to such subjective things like emotions and feelings. To me, that was always a mystery, which was at a par with many big mysteries of the world. From early on, that has been an interesting question.

I also discovered that words, rhythms and poetry affect feelings. And I got very interested in writing. When I went to college, I thought I would become a writer — it was interesting and also very uplifting to realize that you can affect feelings with words.

But it was really in college, with a mix of engineering and biology classes, that I discovered that there was a compelling way to approach this question. I started as a biochemist and learned how similarly challenging problems such as cancer and its development have been addressed with real biochemical work and I thought, “This is what I’ll try to do.” But I ultimately wanted to know about the human brain, which is why I did an MD/PhD.

NOMIS: Do you have any role models who influenced the way you do research today?

KD: My mentors were wonderful. My parents were influential. But I never had a person whose style I followed. There have been people for whom I have great respect. I admired the nature of Christiane Nüsslein-Volhard’s approach: tackling a seemingly intractable question by building the right tools and finding the right level at which the system can be addressed — and then adding very rigorous and creative biology.

The other person whose approach I found admirable is Santiago Ramón y Cajal, a Spanish neuroscientist. Again, very systematic, both building and using the best tools and, through rigorous work and deep thinking, he created the whole foundation for neuroscience.

NOMIS: Science is collaborative; doing science successfully implies finding the right people and getting them to work together. Do you find that difficult?

KD: Each scientist has a different set of skills and personal traits; what works for some people does not work for others. I do know pretty well what I can do and where I need somebody else’s skills. Figuring that out was a big part of my training.

But the biggest challenge was bringing together biologists and engineers because they have a very different way of looking at problems and even defining problems. Being at that interface between engineering and biology was important and required a lot of thinking, planning and keeping everyone together and talking.

NOMIS: Is there a lesson you have learned from building interdisciplinary teams that might apply not only in your specific case but in general?

KD: A common occurrence in an interdisciplinary environment is that the initial conversations are awkward and difficult. You have to know this will happen and that people won’t necessarily understand or even respect each other, because they have such different ways of thinking, as well as different priorities and approaches. If you want to make it work you have to set up a situation to get people through these first moments. That is something I’ve worked hard on.

NOMIS: Was setting up one of your labs off campus a part of the solution?

KD: Partly, yes. I knew the lab needed to grow and I wanted to have a protected space where people would not be swept along with the paradigm that was going on in the main lab — that is, a very clear, productive pathway to wonderful science. But it was such a strong paradigm that it was very hard to do something completely new because people would easily get plugged into that pathway. So setting up a situation that was protected was crucial to making it work, and that was the off-campus location.

NOMIS: Your scientific questions overstep the comfort zone of established methodological approaches. Implementing them bears the potential of great discoveries but it also implies a high risk of failure. How do you perceive and deal with that risk?

KD: I don’t like taking risks in my personal life, but scientifically I do. I structure my work such that it absorbs the shock of failure and therefore enables risk taking — in a way “de-risking” risky experiments. One way to do this is to identify the personalities that get completely involved in the science and do not hold back in view of potential failure. I select people who are at the appropriate career stage and have a record of past successes. Based on this security they have the mental strength to try out new things. This was, for example, how we managed to implement the CLARITY project. I told the team, “If this works out, it is going to be huge; but if it doesn’t, you are fine.”

NOMIS: Speaking of personalities, do you have explicit criteria for deciding with whom you want to work?

KD: Success, at least the kind that I want to see — the creativity, the brilliance, the vision — can’t be told from bibliometric indicators or grades. Partly it is their passion that convinces me. I want to see in their science and in what they have done, the love, the thrill, the excitement of the science. I ask myself, “Is this the sort of person who goes to sleep thinking about a problem and wakes up thinking about the problem?”

But it is also establishing whether people have the right level of ego to work in a group or to be collaborative, who do not have too many personal issues that keep them from forming good collaborations and being part of a team. I bring a little bit of the psychiatrist to these discussions.

NOMIS: Besides a lot of praise, your work has raised ethical questions as well. Is this a topic you contemplate?

KD: We and others have used optogenetics to determine how behaviors such as anxiety, social behavior, aggression and memory are elicited and controlled, and we now know how to turn up or down these mechanisms. That creates very interesting issues — not ethical but philosophical — with regard to free will and possible options for actions. At the moment, nobody is trying to modify human behavior, and even looking forward, it is not an issue that I am worried about in its direct, explicit form, but it is a topic, conceptually.

I can’t say I have solved some philosophical problem. All I can say is, I have done something to make the problem clearer.

This interview was conducted by Cosima Crawford on January 23, 2017.